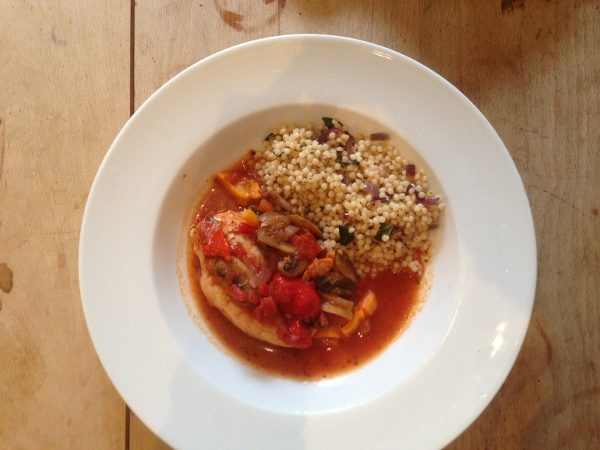 Last week I was after something warming and comforting but not to heavy, it is Spring after all, so I had a think and decided on giving a chicken casserole a go and serving it with the giant couscous that’s been sitting in my cupboard for the past month. This is such a great dish to make, it’s pretty easy, it’s on the table in under an hour, if you have any leftovers it’s even more delicious the next day and it comes in at just 441 calories per portion!

4 Teaspoons Olive Oil
2 Medium Red Onions, thinly sliced and halved
2 Peppers (red, yellow or orange is best), thinly sliced
300g Mushrooms, sliced
2 Garlic Cloves, chopped, grated or how ever you like to cut them up!
4 Chicken Breasts
400 ml Chicken Stock
1 Tablespoon of Lemon Juice
1 Tablespoon of Dried Oregano
Bay Leaf
Pinch of Chilli Flakes
200g Giant Couscous
Handful of Fresh Basil Leaves
Salt and Pepper to Season
Method
1. Preheat the oven to 225c. Heat the oil in a large frying pan and fry one of the onions, the peppers and the mushrooms until they are soft and starting to turn brown, add the garlic and cook for a further minute. 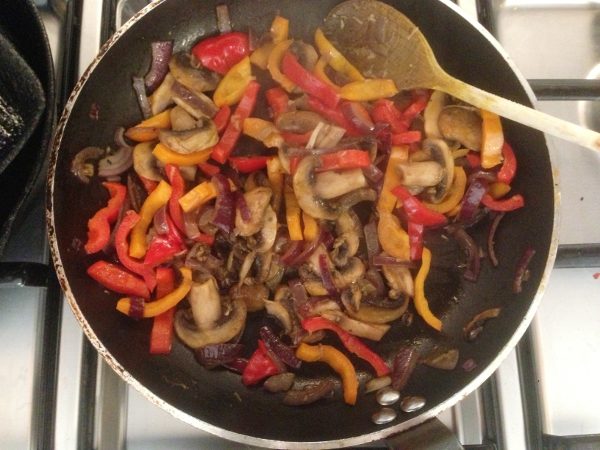 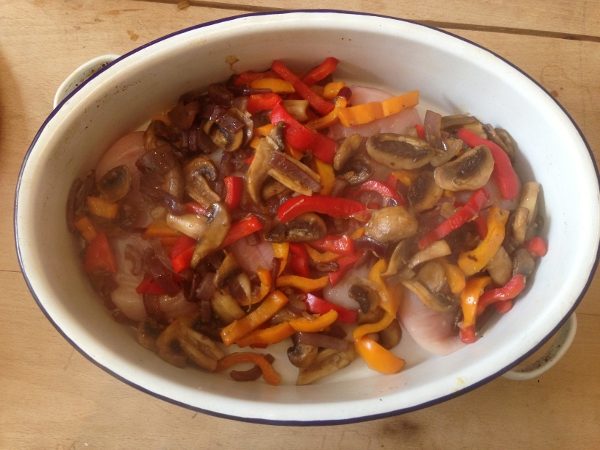 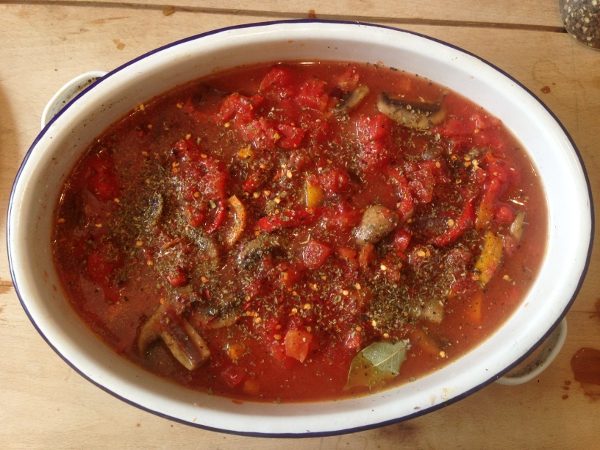 2. In a large deep oven dish add the chicken breasts, the cooked vegetables, the tinned tomatoes, chicken stock, oregano, bay leaf, lemon juice, chilli flakes and season with salt and pepper. Pop in the oven, it should take 30-40 minutes, but check it after about 15 and again at 30. 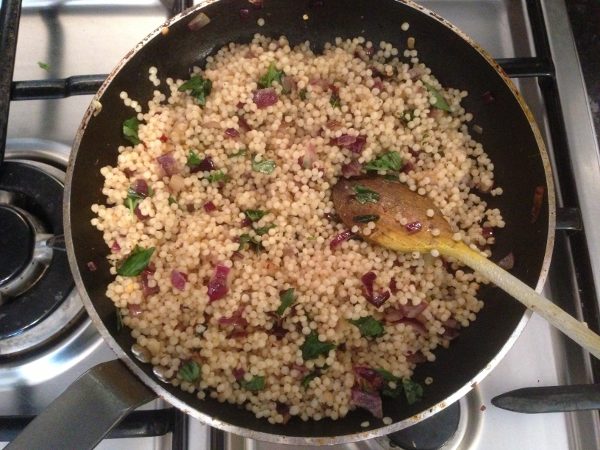 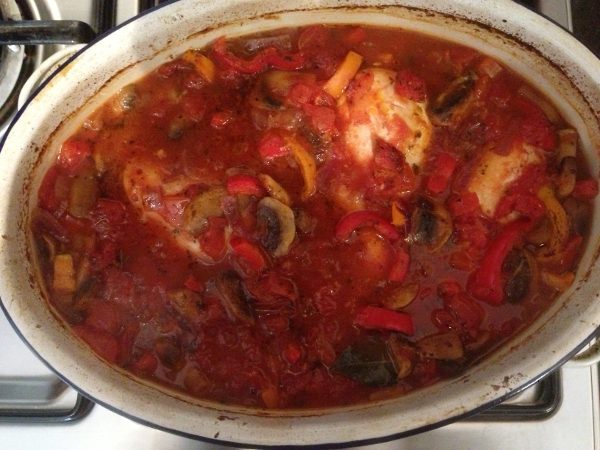 3. Whilst it is cooking make up the giant couscous according to the packet instructions, I just add boiling water to mine and let it simmer for 10 minutes covered. Heat up the remaining oil in the same pan and fry the rest of the onion on a medium heat, once it is soft and turning brown add the cooked couscous, the fresh basil and season with salt and pepper. You can leave this on a low heat stirring occasionally until the casserole is done. 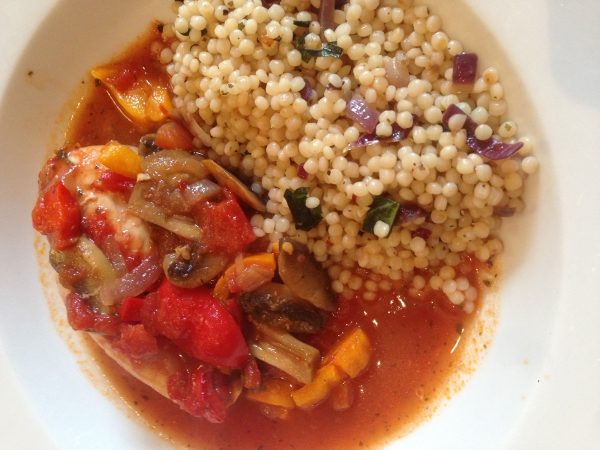 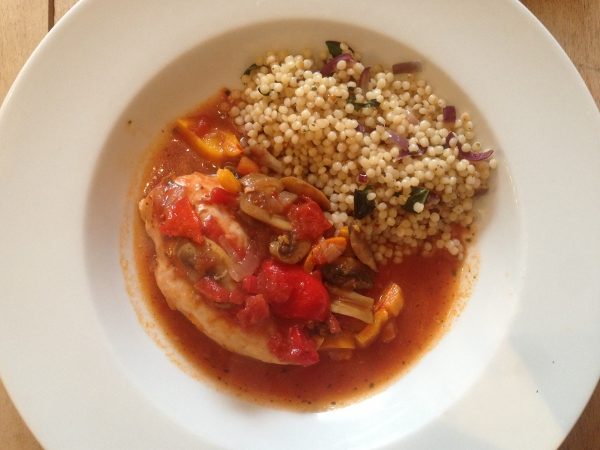